Wow and inspire your audience by booking Melissa to speak at your next event. Email: [email protected] 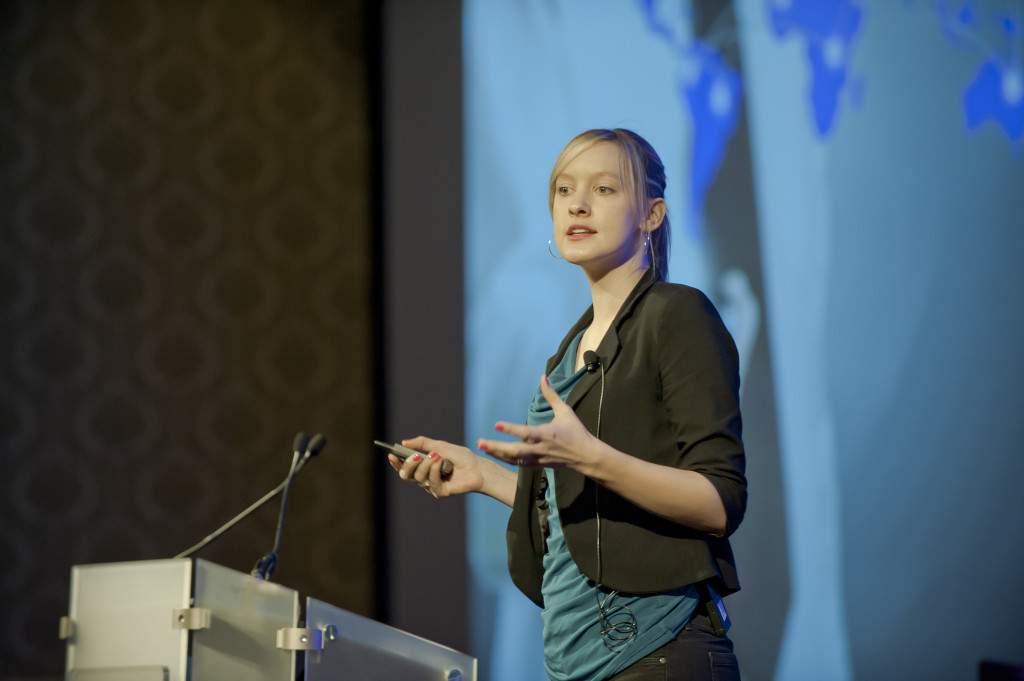 Wow and inspire your audience by booking Melissa to speak at your next event. Email: [email protected]

How to Manage and Survive a Crisis in this Digital Age - Learn more
Webinar
May 8, 2013

Online Transparency, Can There Be Too Much? - Learn more
Webinar
September 12, 2012

“I initially contacted Melissa to feature as a panel member for the Crisis Communications panel at “NATO’s Social Media: Impact for Partners” forum in Sarajevo end April. Talking to Melissa via Skype I was impressed with both her knowledge of the topic as well as how easily she conveys certain elements thereof. It soon became obvious for me that Melissa would not only be a good participant but would excel as moderator for the panel. Both prior to and during the conference, Melissa showed a high level of enthusiasm and professionalism and ensured that all panel members were well prepared and she proved to be a fluent as well as experienced panel moderator.” - Franky Saegerman, NATO


“We brought together our legal, PR, communications, digital and staff engagement teams for nearly two days. Melissa guided our topics in such an engaging way driving us to tap what we already knew and to discover what was lacking in our current process and guidelines. This training session brought us together in such an effective way that not one person regretted the commitment we made to learn. Thank you, Melissa, for bringing a complex topic to us in a way that encouraged debate, hands-on experience and helped us make decisions.” - Jan Walther, YMCA of the USA


“I recently was part of a panel discussion on using social media in crisis communications at Social Media: Impact for Partners, a conference organized by NATO for its partner countries in Europe. Melissa Agnes was a moderator as well as a panelist. She did a great job putting the panel together, liaising with panelists across the globe, coming up with a great outline and running a terrific discussion. All in all, it was one of the most dynamic and engaging panels I’ve ever participated in, and one of the conference highlights. Melissa impressed me with her extensive knowledge and deep understanding of crisis communication as well as her ability to get all panelists to share interesting insights, while keeping the audience engaged. I wouldn’t hesitate to recommend Melissa as a keynote speaker or panelist for high-level conferences on crisis communications.” - Yaryna Klyuchkovska, Advisor to Minister of Revenue and Duties of Ukraine

“Melissa is energetic, insightful and fun! I loved her session. It was one of the best of the CPRS National Summit this year. And all the sessions were tremendous, so this is high praise, well deserved.” - Dr. Lydia Boyko, Conference Attendee

“Melissa did an expert job moderating a diverse panel on emergency communication to extract the maximum added value for the audience. She broke down a complex topic into easily manageable chunks, seamlessly steering the discussion between them and synthesizing where appropriate. She alternated between taking the lead and facilitating, doing both jobs with equal ease. Her performance relied on evident knowledge of the domain, but also on professional preparation and attention to the smallest detail.” Milos Maricic, International Committee of the Red Cross

“Melissa Agnes has been one of the favorite guests to speak to my social media classes the last couple of years among my students at the University of Louisville. Her charisma, passion, and enthusiasm for the topic and field of crisis communications helped create a wonderful community for all of us in class to experience and be a part of. Having Melissa share her insights, expertise, and stories in an energizing way virtually has inspired many of my students in the class to pursue further classes, workshops, and even look at graduate schools in the area of crisis communications and social media.” - Karen Freberg, Ph.D., Assistant Professor University of Louisville

“Melissa Agnes customizes presentations with precise audience needs in mind. In this case, the presentation focused on assessing the risk of a social media campaign for a non-profit organization’s anti-stigma campaign. No cookie-cutter content here. Melissa is a rare speaker who can deliver a presentation, command a room and do it while sitting in front a webcam. She’s not intimidated by technology. Melissa shares current, real-life examples that convincingly prove every campaign has risk & the best time to prepare is before a crisis happens. She keeps it real by introducing easy-to-understand, actionable steps on how to detect red flags, how to prevent the preventable & how to plan for the unpreventable.” - Eric Chandler, Adjunct Professor, New York University

“When I developed the Advanced Practices in Digital Reputation Management course at University of Toronto SCS, and was looking for a guest lecturer with deep knowledge of online crises and issues management, I immediately thought about Melissa Agnes. And I was thrilled when she agreed to help. Melissa is a talented presenter who understands how to engage the students, all working professionals. She offers the class case studies based on her considerable expertise, freely shares smart, strategic insights, listens and openly answers questions. Melissa’s guest lectures have been one of the highlights of the course and I will continue asking her back!” - Martin Waxman, Professor, University of Toronto

“Melissa Agnes brought innovation and freshness in the panel that she moderated in the Conference: Social Media – Impact for (NATO) Partners, in Sarajevo, April 2014.” - Conference Attendee, Ministry of Defence of R. of Macedonia

“Melissa joined my Crisis Communications class via Skype to share her experience and advice on the role of social media before and during a crisis. It’s often challenging to present via Skype, but Melissa was wonderfully engaging, relatable and knowledgable. The students were interested, asked lots of questions and took what they learned from Melissa’s presentation into the work of the course (the ultimate compliment!). I look forward to having Melissa join us again in the future!” — Kelli Matthews, PR Instructor and Area Director, School of Journalism and Communication, University of Oregon